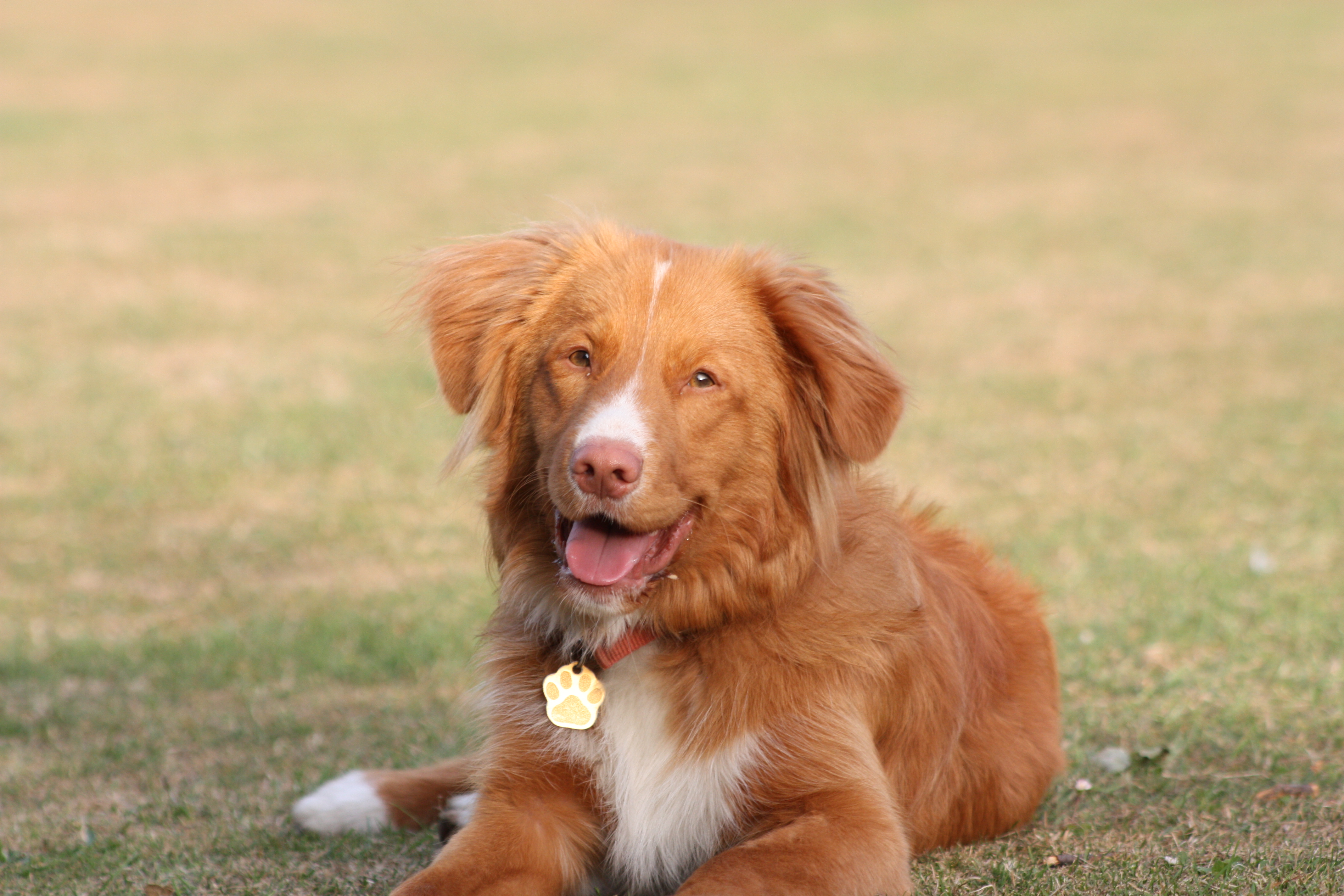 Hello, my name is Louise Ince and I have always been very interested in dog training. I was lucky enough to persuade my parents to get me a dog when I was eight years old. He was a Labrador called Ben and we soon learnt the hard way that we knew nothing about dogs and needed to enrol in classes to help teach us how to cope with him. I really enjoyed the classes and was their young dog handler of the year for two years on the trot.

My next dog came with the house!! He too was a Labrador, called Sam who was 13 years old. His owners were moving to America and thought he was too old to go with them so my husband and I took him on. He was a lovely old boy who taught us plenty about life and how to make the most of every day and although he still enjoyed short walks and cuddles in front of the fire he was a bit too old to take to classes. He lived until he was nearly 16 and will always be missed.

I vowed that with my next dog I would try as many activities as possible as I was unable to do this with Sam and so 6 months later I got my first Labrador puppy called Barney. I adored him and followed him everywhere so he soon learnt who was boss!!! We went to training classes and really enjoyed them and he was soon cherry picked by a dog agent for work and has had many jobs including TV adverts, promotions, catalogue photos and has even been in newspapers. I have also enjoyed agility, flyball, obedience and most recently heelwork to music with him. Sadly Barney passed away in March 2014 and is greatly missed by everyone that knew him. 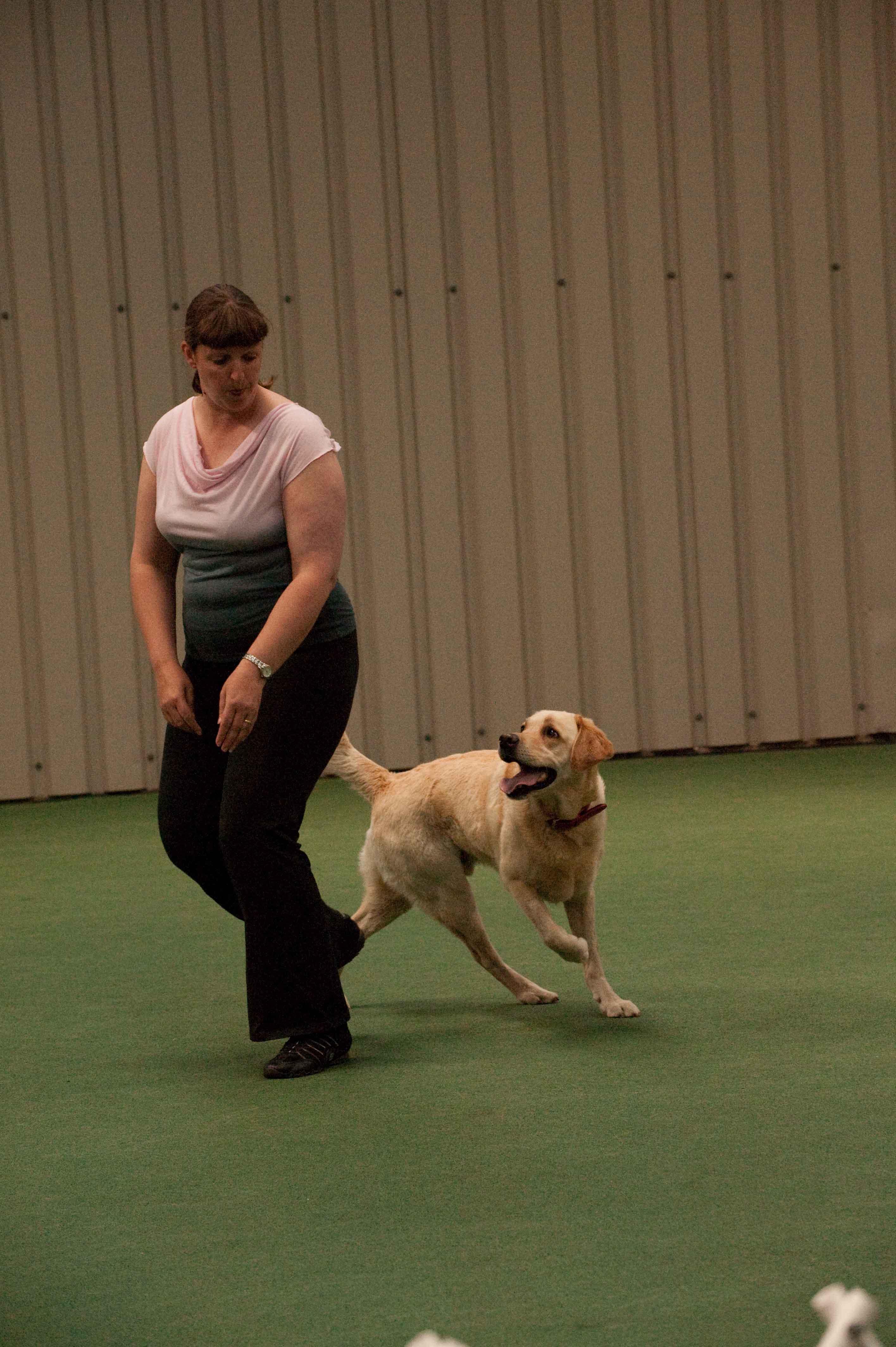 My next Labrador came along as I was getting into heelwork to music. His name is Mylo and although I have had him from a puppy he has always been nervous and had lots of health problems so unfortunately, I did not even start heelwork to music training with him until he was nearly 2. He has been a fantastic dog and has excelled in his breed in the sport and worked in Advanced Dressage, Intermediate Heelwork to Music and Intermediate freestyle. He has also done gundog training, flyball, agility and obedience and is also regularly invited on photo shoots. He has also been part of Richard Curtis’s display team at both Discover Dogs and Crufts.He has now retired and enjoys all the finer things in life but still likes to help out at displays. 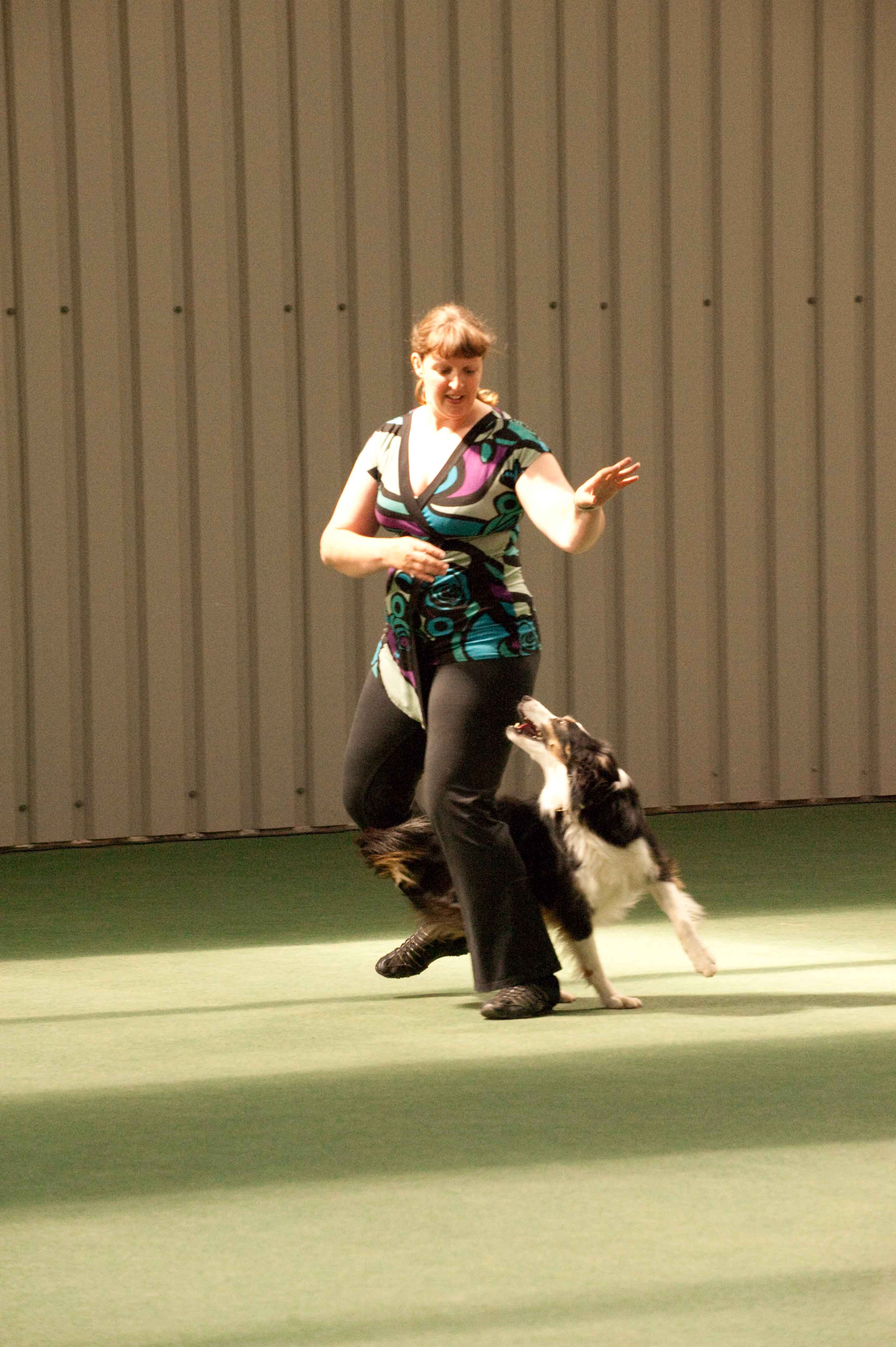 My next dog came from a rescue centre. I found her when I was there doing a display of Heelwork to Music with my Labradors. Her name is Jodi and she was found on the streets of London at 4 months old and put in a rescue centre until she was a year old. She is a working sheepdog and although she was very hard work when I first got her she Turned into a real star. She is now 9 years old and on the verge of retiring but she has passed her good citizen bronze, silver and gold tests. We have done obedience training and sheep dog herding but I always come back to my love of HTM where she has already achieved a very high standard and now works in Advanced Heelwork and Freestyle. Jodi's most recent acheivement is to have qualified for ALL the Advanced classes in HTM. She now works Advanced Heelwork, Advanced Dessage, Advanced Freestyle and Advanced Dances with Dogs where she also has her "EX" title meaning that she has gained enough points and a win in this division at Advanced level to have her title. A very clever little girl, who I am very proud of. She also qualified for the Crufts semi finals in freestyle in 2012 and 2014.

My newest arrival to my gang is "Troy" who is a Nova Scotia Duck Tolling retreiver and is beautiful ( even if he is a boy and I am biased) and a joy to live with. He is now just over a year old and already showing real promise. He has acheived his Good Citizen Bronze and Silver Awards already and acheived Distinctions in four progress awards and a 5th place in a special pre beginner class of over 40! As well as being placed first in a Best Puppy class with over 80 entrants. A star has been born,so watch this space!!

Troy is now 3 years old and has won out of pre beginners in obedience, passed all his progress awards at Distinction first time by the age of 2 (the youngest dog to acheive this) and is now working in all the Advanced classes in heelwork to music and in 2015 has qualified for the Crufts semi finals for 2016 in freestyle the youngest other breed to be taking part this year!

I also do displays with my own dogs in care homes, fetes and schools and it has proved to be so popular that this year alone I have done nearly 100 displays with my own dogs. In addition to this I also teach others how to do tricks with their dogs. Some of whom wish to do the sport just for fun and others who now also compete with their own dogs. This is where the name ’Canine Performers’ has come from.

In 2015 I set up a team of club members to help with displays and they now go to care homes in their own area and it is proving to be ever more popular.

You can see from my "results" page just how many Individuals now enjoy competing at HTM since joining Canine Performers and there are THREE of us this year taking part in the semi finals. Very proud of you, Joanna Mayston and Sarah Smith.

I am a KCAI (HTM- Advanced) which means that I have been Accredited by The kennel Club as an Instructor of Heelwork to Music at Advanced level.

I am a member of the APDT (Association of Pet Dog Trainers, www.apdt.co.uk), who believe in training in a Fair, Kind and Effective manner.